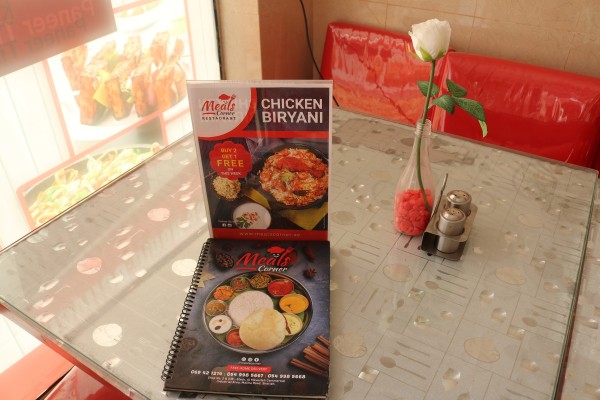 Meals corner located in Sharjah is serving a wide range of meals that mostly revolve around Indian or Indo-Chinese flavors. The restaurant is fairly neat with limited seating space. But their menu is surely amazing.

I started off with a plate of Dahi batata puri chaat which was quite appealing to look at but some flavors were lacking such as spicy hints from green chillies that are essentially a part of chaat in the form of a chutney.

Then I tried their chicken hot and sour soup that was served with complimentary spiral crackers. The soup was too sour for my liking but the broth that was the basis of this soup was very comforting and intense.

I then tried the chicken boneless tikka which was absolutely lip smacking good. The flavors were great, the green chutney that it comes with is super tasty. Don’t be shy when you dip tikka in chutney, be generous 🙂 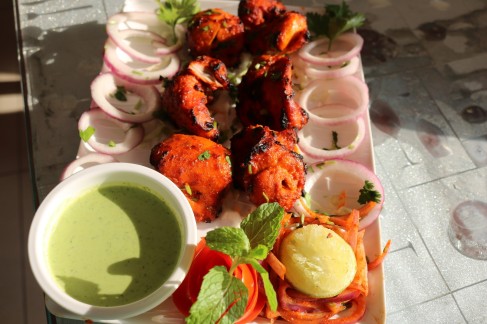 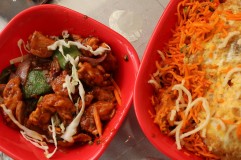 Then came the chicken schezuan rice with red sauce, I found it particularly tasty, the chicken in rice was not heavily coated and tasted quite lovely. But my favorite was prawn dry chili which were super. The flavors here were so good especially the prawn itself was soft and subtle, not over cooked.

Thank You team Meals Corner for a great lunch.