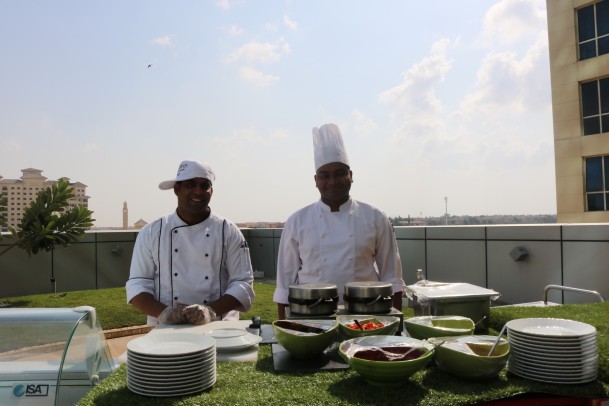 It is no secret that everyone enjoys deck lunch especially when the temperature drops in Dubai, sipping on some chilled lemonade while relaxing solo or having a romantic date or a celebration with friends. The idea of nibbling food under clear skies gets everyone excited and so with such excitement I walked into GhayaGrand (Al Mawal deck) for lunch where I was greeted with such warm smiles and friendly staff.

I was given tour of the deck lunch stations and then we seated comfortably at a round table. My baby was greeted with love too and the staff brought a nice clean high chair for him. 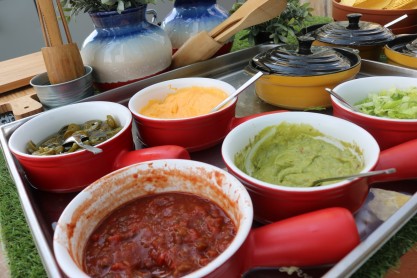 As I started wandering my way through all the stations, I couldn’t help but go after the Mexican corner where there were nachos, taco shells and several condiments to go with it. So I made myself a giant taco with chicken marinara, slaw, liquid cheese, beef with peppers and guacamole stuffed in it. I quickly munched into it and realize that the taco shells were brittle and did not taste well. Then I looked at the Mexican corner and observed how the taco shells were out in  the open (uncovered) which was not right. Taco shells have some fat in them when they are fried, by keeping them out in exposure to oxygen; that fat can go rancid. Rancidity affects smell and taste but it isn’t unhealthy. 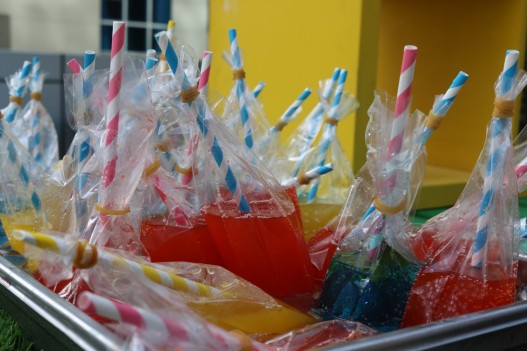 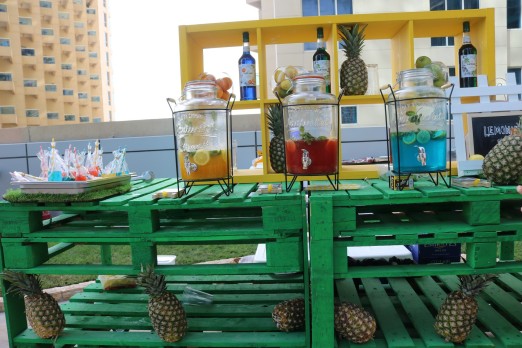 Next, I grabbed some aqua lemonade from lemonade corner that was so cheerful and made me really happy. I tried different flavors and liked them all. There was aqua lemonade, mango and strawberry. 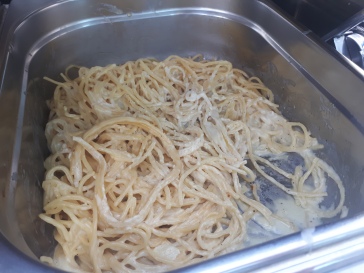 Then I made my way to the pasta section where there was so much variety that I was really amused. I took one portion of each kind of pasta and did not like any because of the texture. I think the windy weather made it cold quickly and it was so hard to chew into it, it felt rubbery and not good at all.

Then, I went to the burger station with high hopes where they grilled a piece of chicken on my request in front of me for the burger. The chicken was overcooked and did not taste well in the burger.

There was a shawarma station right beside the burger one so I opted for it and thankfully it was great. I really liked it!

By now, I was a little disappointed and “a lot” hungry so I made my way to the salad corner and there were several boxes lined up with different salads and numerous dressings to go with it. I got a macaroni salad and added yogurt dressing to it. It was average and not that bad.

I also had some salty rice that were really good along with the chicken skewers that I can’t complain about because they were very nice. 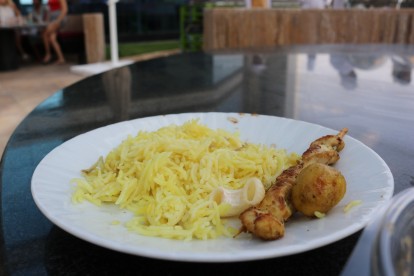 I would suggest the management to either use a shed of some sort for food so that it doesn’t get cold (from the time we get it on the plate and walk to our seating areas). Secondly, the temperature of food was originally not very hot so that added to the trouble. I agree that it was a windy day and there was sand storm everywhere but the food was a major let down. There were no flavors/spices in the sauces, meals. The bread station was so deserted that no one was even batting an eye over there.

The dessert section was my favorite as every item over there was an absolute hit. Loved the profiterole and milk cake. I tried one of everything. 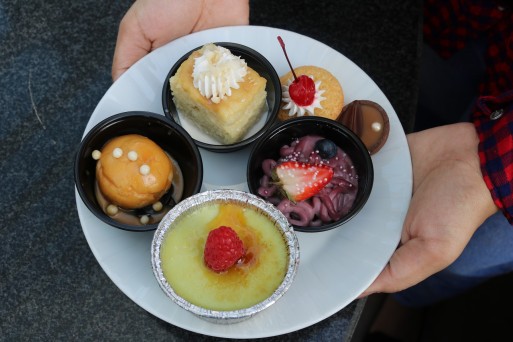 I would like to thank GhayaGrand Hotel for their wonderful hospitality and amazing service. Their staff was on the toes to help and offer us support throughout the time I dined in there.

Sharing my Dubai food journey with you all, because let’s just be honest. There are only a few problems in the world that a good meal can’t fix. And that’s why my reviews are 100% honest. You can trust me! now come on hit the subscribe button or do I need to convince you more?